Artists of two generations – Arturs Riņķis (1942), a designer and one of the first pioneers of the kinetic design movement in Latvia, and Iveta Vaivode (1979), an internationally recognized photographer of the youngest artists’ pleiad, have met here together to create their own dialogue in time and space, each applying different kinds of media – from installations and photographs to video, animation and sound. The idea for the project was born into world in the fall of 2013, inspired by Arturs Riņķis’ Kinetic Art Garden In the Middle of Nowhere, which is situated in the suburbs of the countryside town Sabile, Kurzeme region. Over the years this fabulous place has served, for both artists, as a laboratory where relationships between mediums of art were further developed. Finally, in 2016 their ideas have been solidified and now exhibited for the world to see.

Iveta Vaivode shares her experience of the creative process: “What does it exactly mean to open up another person’s world and feel that you have become part of it? Is it possible to tear down the barrier between yourself and the other person, to be like a mirror with the only option being to see the other in your own reflection? It is almost impossible to draw a strict borderline between reality and fantasy, genuineness and falsehood, especially if it concerns artwork. For it can be true and false, real and fictitious. Creation of an artwork is not so much about the final result as it is about the process, which plays the leading role. This pilgrimage to the inner world of the other artist, through artistic collaboration and performance, is the central theme of the exhibition.”

The viewers of the show are invited to contemplate an exhibition-performance, which will help them step out of the established daily life routine and glance at the world through the eyes of dreamers, and by so doing join into the fantasy game of artists, so naïve and full of tender melancholy, and eternal wisdom.

Arturs Riņķis is a designer and artist. In 1974 he graduated from the Art Academy of Latvia, Design Department. He has participated in exhibitions from 1976 and that year became a member of the Artists’ Union of Latvia. In 1978 Arturs Riņķis was one of the three organizers of the legendary exhibition Form. Colour. Dynamics (together with Valdis Celms and Andulis Krūmiņš). It was the first exhibition dedicated to kinetic art organized in the former USSR. In 1996, on individual initiative, he created In the Middle of Nowhere, a kinetic art garden, developed in his rural property, Talsi District.

Arturs Riņķis draws inspiration from technology, Utopian ideas and nature – sky, earth, water movement and the origin of light. By the application of the complex synesthetic approach, the artist, easily oscillating between the limitations of reality and the unbound freedom of fantasy, creates a unique and marvellous poetic environment. The artist is a steampunk (science fantasy direction) enthusiast and applies elements of this style in his artwork. For the artwork Pulsar Q 19 displayed in the exhibition Perspective of the Solar System (venue – the ARSENĀLS Exhibition Hall of the LNMA,13.11.2014–25.01.2015) and the creative work of the latest two years in Kinetic Art Garden Arturs Riņķis was nominated for the final Purvītis Prize 2015 competition in visual arts.

Iveta Vaivode is one of the most famous Latvian photographers. She has studied at the Arts Institute at Bournemouth (UK) and at present is working on her Master’s degree at Aalto University in Helsinki (Finland). Her latest photo series Somewhere on a Disappearing Path has received several international awards, among which are CO Berlin Talents 2014, Burn Magazine grant, as well as nominations in significant contests Sony Word Photography Award and Leica Oscar Barnack Award. 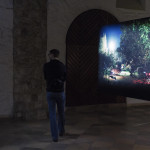 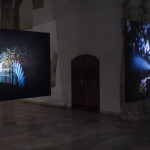 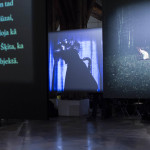 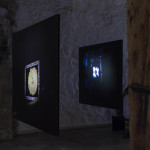 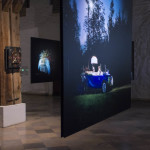